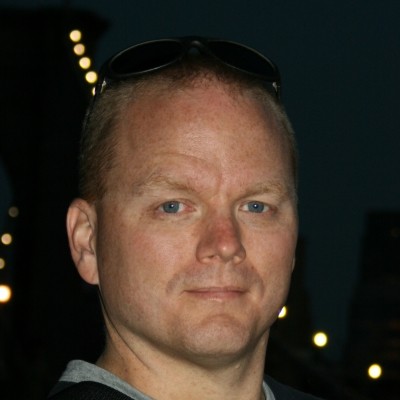 Jim started diving back in 1989 in college. “I always wanted to be a scuba diver from a young age, but never thought I would get the chance.” While in college, he was offered a free discover scuba and signed up that night for the open water course offered. Moving quickly along, he received his Advanced & Rescue training and then moved on to become a PADI Divemaster in 1992. From there he did various specialties and finally took the plunge to earn his PADI instructor rating. Today, Jim is a PADI MSDT instructor.

Jim has worked in the dive industry since 1991, starting off filling tanks at a dive shop across the street from Willow Springs. He then moved on to another store were he quickly became the manager and learned the ropes of the trade, taking care of many different aspects of the business. Today, Jim is the owner and director of Atlantis Aquatics Inc., a position he is most proud of. Jim has over 25 years of experience in helping people experience the underwater world. From helping divers pick out just the right equipment for them to taking them through certification, teaching them how to scuba and experience the underwater world for the first time. “One of my greatest joys, is seeing someone’s face the first time they experience open water, the big smiles. I remember that first time for me and I get to re-live it each time through my students.”

Jim loves traveling to go diving; he has experienced some amazing dives around the globe. One of the most memorable was diving on the Great Barrier Reef in Australia. He was diving there with a close friend living in Australia at the time. A dream is to head to the Maldives and get to experience more of the South Pacific area as well.

“I remember watching Voyage to the Bottom of the Sea when I was a kid on TV and picking up Skin Diver magazine from time to time when at the beach with grandparents. From those early days to today, diving has influenced my life in ways I can’t even begin to image. Not sure where I would be today if it was not for diving, but I can tell you, it sure wouldn’t be this much fun…” 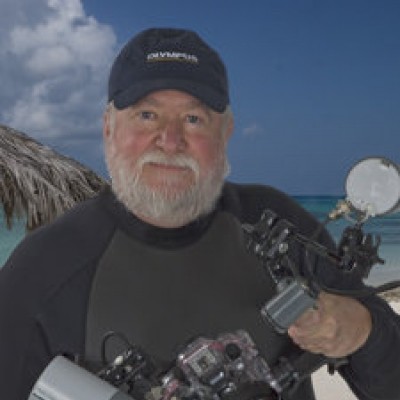 Bob has been with Atlantis since our beginning!  But before scuba diving, photography was, and still is, his first passion.  Bob started his professional photography business in 1972 as a photojournalist and later specialized in corporate and travel photography.

Bob brings all that photography experience to Atlantis and our students during his Underwater Photography classes.  But he also brings a senior level of scuba diving instruction experience to Atlantis with his rating as a PADI Master Instructor. PADI Master Instructors are recognized as elite scuba diving educators who, through dedication and hard work, have proven to be dive industry leaders.

Bob is also a DAN (Dive Alert Network) Instructor and is an Olympus Certified Underwater Photography Instructor.  He teaches Open Water through Assistant Instructor, some even during dive trips to the Caribbean. His favorite dive location is Bonaire, but he always says he would dive anywhere there is warm clear water!

Come say hello to Bob at the store and make sure to bring your camera.  You will always get some great advice on how to take better pictures, no matter your skill level. Bob’s experience in photography, coupled with his PADI instruction knowledge make a perfect combination as a dive buddy.  We are proud to have someone with Bob’s experience on the Atlantis crew.

Andrew has been on staff at Atlantis since the spring of 2014, after completing his Dive Master certification in fall of 2013.  Andrew was first introduced to scuba while working as a lifeguard at a local pool.  Currently he holds the certification as a PADI Assistant Instructor and recognized as a PADI Master Scuba Diver.

As an Assistant instructor Andrew tends to teach the PADI Refresher/ReActivate courses as well as the confined water portion of the Discover Scuba Diving program.  In addition, he has also assisted with several other certification courses ranging from Open Water to Dive Master and many specialties courses.

Andrew also works as part of the Dutch Springs Lake Staff, which aides in his in-depth knowledge of the lake. Andrew’s is most excited about his upcoming trip to Bonaire as it will be his first diving experience outside of the lake at Dutch Spring.  All through his life, Andrew has loved the water, and diving has extended that love & desire. One of the many reasons Andrew loves diving is that he finds it relaxing, and he often compare the therapeutic value to what others may find with Yoga. 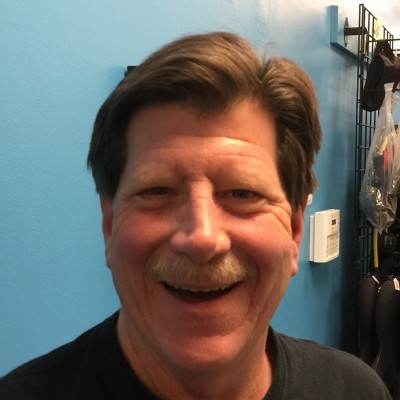 Curt started with Atlantis as a student in 2013.  Because he hung around the service center so much, (and he’s really good at fixing stuff), Curt became a member of our Technician crew in 2015. (Our beloved Rich Rupp recommended him for the position.) Curt brings a wealth of repair, service and equipment knowledge with him and is always ready to help students with their gear.  He not only services the gear, but also will take the time to explain what he does, and why it is so important for your safety.

Curt was first exposed to scuba diving from TV when he was a young snorkeler.  But it wasn’t until a few years ago that Curt finally realized his dream to scuba dive.  And now, Curt will show you his, "1-1/2 inch stack of PADI certification cards"!

These certs are varied to include some like: Gas Blending, Solo, and Wreck Diving, to name a few.  Curt is also interested in PADI TECREC courses and is currently training to be a PADI Divemaster.

Curt's favorite dive site is the Wreck of the Stolt Dagali that sunk on Thanksgiving Day in 1964 off the coast of New Jersey.  Ask Curt about the story behind the wreck, it is fascinating.

One day Curt wants to visit the wreck of the HMHS Britannic in the Mediterranean Sea.  In the meantime Curt says “ I’m happiest when I’m underwater just about anywhere!”

Stop by Atlantis and look for Curt. He probably will be in the repair center working on gear or telling some great stories about his scuba adventures or his dive plans for the future. But be careful; before you know it he will convince you to come along…and how fun would that be.